The second hotfix to Prepar3D v4.5 (4.5.13.32097) is now available. It can be downloaded immediately from the Purchased Downloads section of the website. 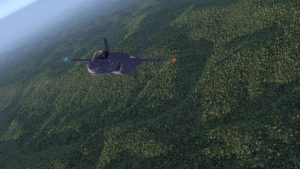 Conquer the skies in the latest update to v4.5

Only the Client installer is required for the majority of fixes present in Prepar3D v4.5 Hotfix 2. The Content, Scenery, and SDK installers are optional. Each fix listed below is categorized per installer. Please note, you must first have Prepar3D v4 installed to utilize any of the standalone installers (Client, Content, and Scenery).

To install the new Client, you must first uninstall your current Prepar3D v4 Client via Programs and Features in Windows Control Panel.

The Prepar3D v4.5 update may require you to reactivate your product, however if you have an internet connection or have not made any major hardware changes between installations this should not be an issue. For more information please view the Prepar3D v4 Download and Installation Directions.

Thanks again for your support!