Any issues, problems or troubleshooting topics related to the additional features present in the Prepar3D Professional Plus client application.
Post Reply
8 posts • Page 1 of 1

Hope all is well. I have a DIS related question and hoping that someone out there has come across the same issue and fixed it. I have Prepar3D running on a single system on my lan. Another computer is running VR Forces. I have set both to broadcast on DIS to the lan. Normal settings, nothing special. Ex id 1, site id and app id set on both machines. DIS version set to 6. I have P3D set to broadcast AI traffic as well. VR Forces just has a couple of entities on the runway in front of the P3D ownship so that I can validate that entities are being seen.

The problem is that when I broadcast out, VR Forces picks up the P3D entities, but P3D does not see the VR Forces entities. Running DISSpy, the entities are being received through broadcast on the P3D system and not displayed and it indicates some of the pdus are malformed.

Message is 'Published velocity not aligned with calculated velocity.." Some are OK though but still not being published into P3D.

Same PDUs are being displayed fine on the VR Forces computer as you can see in the image below. 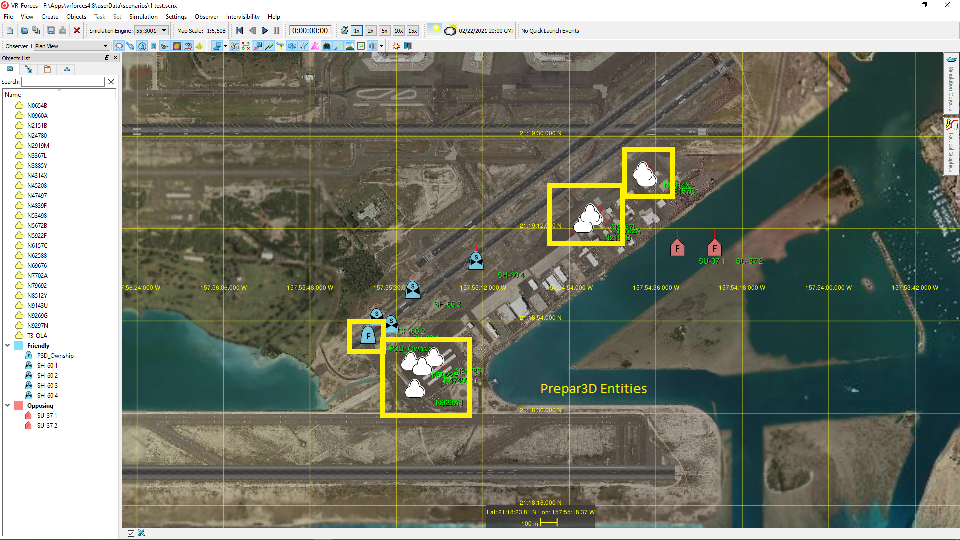 I have disabled all VM network adaptors. I have disabled firewalls on both machines as well and same results. As with anything to do with distributed simulation it is probably a really simple fix, but is buried three layers deep. Anyone out there have any suggestions?

It seems that this is a bug in P3D v5+. I'm wondering when we can expect an update to fix the issue.
Top

Thanks for that. So it isn't just me! Was anyone seeing it in v4.5? Might need to go back to that version for testing....
Top

LM, can we get a hotfix on this issue if it is valid? This is a blocker for integration of Prepar3D into a distributed simulation environment.

Any news from LM folks on the board here if there is a fix or workaround for the DIS issue?
Top

I've also experienced the issue where when I run two instances of Prepar3D on different systems on the same network when both are set to broadcast I don't see DIS traffic in either instance of Prepar3D. When I change one of the instances to Unicast then I see the broadcast traffic only from the other Prepar3D instance.

Any word on any hotfix or upcoming release that would fix this issue?
Top

I have heard nothing yet. It is becoming a real issue here with a NATO thing coming up soon we are part of. Hope it is a simple fix!
Top

Thank you for bringing this defect to our attention. The development team has identified the issue and the resolution will be included in the next point release.