So once again I thought maybe this could be the time that the old runway light bug from the FSX era was finally going to be fixed. With the night lighing improvements and all, this must really be the time, finally.

But no... clean install of v4.5, load a night flight, and you can clearly see that the runway lights at the end of the runway are completely missing, and show up only just as you close in on them. Pop, pop, pop, two by two they turn on when close to the A/C. Checked out a few v4.5 videos on youtube and yes, they all show the bug.

The response has always been the same - complete silence.
It's so sad that such an obvious bug that is a real immersion killer with a likely trivial fix continues to be ignored.

If you don't know what I' talking about, here is an image from v4.4 (it looks identical in v4.5).
https://imgur.com/a/uqbftmD

The image is not even mine, it's taken from another person's video (see previous threads on the subject). He thought that nothing was wrong with the runway lights. Do you agree? I know I don't.
Top

@high-5
"So once again I thought maybe this could be the time that the old runway light bug from the FSX era was finally going to be fixed. With the night lighing improvements and all, this must really be the time, finally."

I got your linked image
https://imgur.com/a/uqbftmD

to display as a photo in the forum for a easier compare. 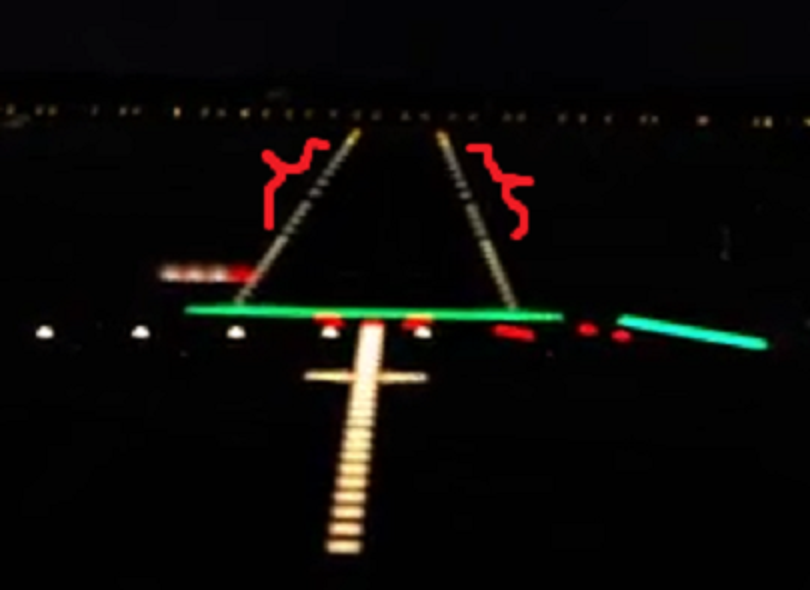 The issue is far more prominent when approaching a bit high, so depending on the type of approach and what a/c you use I realize that some people haven't even noticed the issue, or at least not enough to care. For others, the runway light popping looks really terrible, all the time, every single night flight. This is especially when approaching or taking of from an airport with multiple runways, you can literally see the light shifting happening right next to you or right in front of you, especially for the parallell and crossing runways. At least all pilots looking out the window instead of staring at the instruments would see it.

I realize that at some point in history (FSX or even earlier) there was some kind of performance reason for not showing all runway lights at all times. It's not like it has any performance impact at all these days, I mean we're talking a handful of additional very simple objects/textures among many thousands.

Also, the decision logic to show or hide the lights is severely broken. Since you can make runway lights turn on/off in a paused sim just by zooming in/out and looking up/down/left/right a bit, it's obviously not just the distance to your a/c that matters, but rather some really weird view distance/angle thing. IF someone for some strange reason would argue that there is a performance reason for showing like 230 runway lights instead of 250, I would at least appreciate if it was the runway lights most far away from you that were hidden. As can be clearly seen on the image above, this is not the case.
Top
Post Reply
4 posts • Page 1 of 1

Users browsing this forum: No registered users and 30 guests