In the perception of most Americans the traditional community college student is either working on an associate’s degree or retraining skills required in our changing workforce. However, Bergen Community College is leading the way in creating experimental unmanned technology and they are using Prepar3D® as one of the foundational technologies to achieve it.

High schools, colleges, and academies are centering attention on STEM courses and undergraduate research. One such example is the inspiring students at Bergen Community College in Paramus, New Jersey. With a recent extension of its original Department of Education funding and the Federal Aviation Administration’s decision to allow the use of drone technology, Bergen Community College introduced an accredited college course on sUAS operations. One group of motivated aviation and science students have applied their coursework to create an original piece of aviation.

In 2015, equipped with the state-of-the-art Prepar3D simulation platform, 3/D printers, engineering computer assisted drafting software, and a cultivated staff of professors, students began to create blueprints for a novel aircraft. The UV-4 V/STOL UAV is an unmanned vehicle designed to transport cargo via autonomous or remote pilot operations. This model was created as a means to display the potential of a duct fan rotor craft powered by multiple electric motors. Since its launch in 2015, advances and improvements have been completed to the air frame and power plant configurations thus delivering an efficient means of lift using smaller and quieter propellers than traditional helicopters. 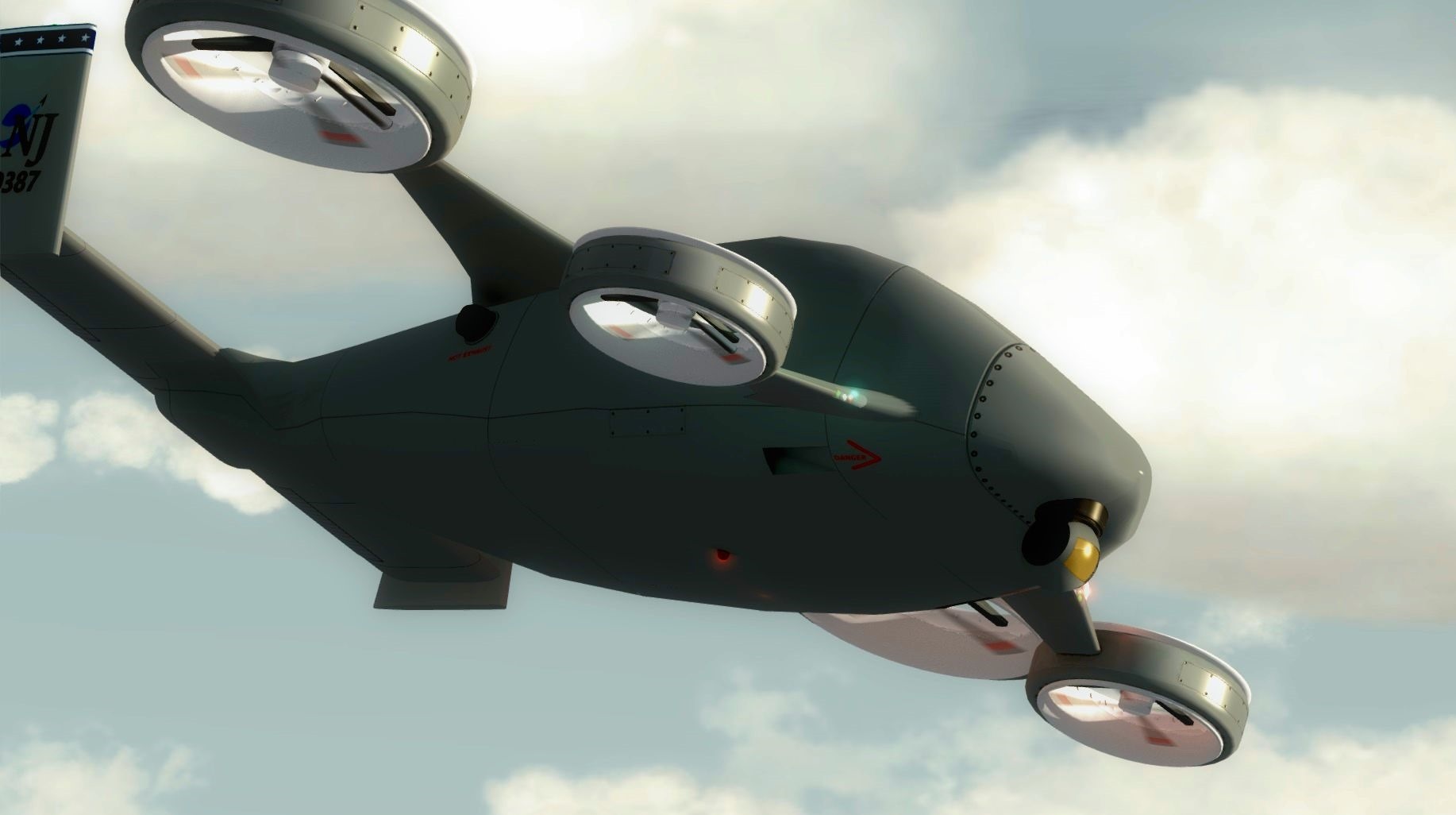 The function of the duct system serves as a means of channeling pressure and vectoring thrust giving the UV-4 a unique control system with improved maneuverability. The design of a low speed “T-Tail” houses the function of yaw control with multiple rudders located on its vertical stabilizers and elevators on its horizontal stabilizer. In addition, the rear duct systems may pivot up to thirty degrees forward and backwards to deliver the vector thrust where the aircraft needs it. The cargo bay may house up to four thousand pounds of deliverable payload. Its max gross take-off weight is designed to reach twelve thousand five hundred pounds. The electrical systems on the aircraft use a network of batteries, generators, and two electrical motors. An electrical charge then powers the mechanism used to spin the propeller to its desired rate per minute. In the near future an additional system can potentially be created to generate electrical charges from the spinning propellers inside the duct. This system would collect and send it back into the aircraft’s systems or recharge the battery.

Innovators at companies like Lockheed Martin rely on a mastery of applying concepts in the fields of Science, Technology, Engineering, and Mathematics. Therefore, a thorough education in STEM is an essential and fundamental requirement for upcoming generations of flight and engineering enthusiasts. Bergen Community College is in a unique position to provide this background through its coursework and opportunities for undergraduate research in these critical fields.

For more information on this effort please contact Robert Gomez