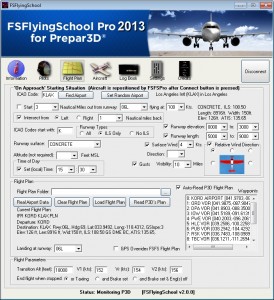 Voice Command Pack: This feature allows you to talk to your instructors. Use the Voice Command Pack to get updated information on your flight plan, destination airport, weather, waypoints and ground and air traffic. You can also ask the instructors to identify airports you see out of the windows.